Six seconds to our hearts

Back in the summer of 2012, we started a fun internal project (we do a lot of these) to experiment with consumer video technology. After we explored our first idea, the Pillar smart TV app, we realized we had only scratched the surface of possibilities.

There was one big opportunity that we couldn’t stop obsessing over: there weren’t yet any video-sharing platforms that had mastered speedy creation and consumption of mobile videos. Knowing there must be a better way, we jumped right into brainstorming, began building a prototype, and convinced all of our friends to be the guinea pigs of our new experiment.

As we worked on it further, we realized we were on to something really good. Our friends at Twitter thought so too, leading to an acquisition just a few months later. 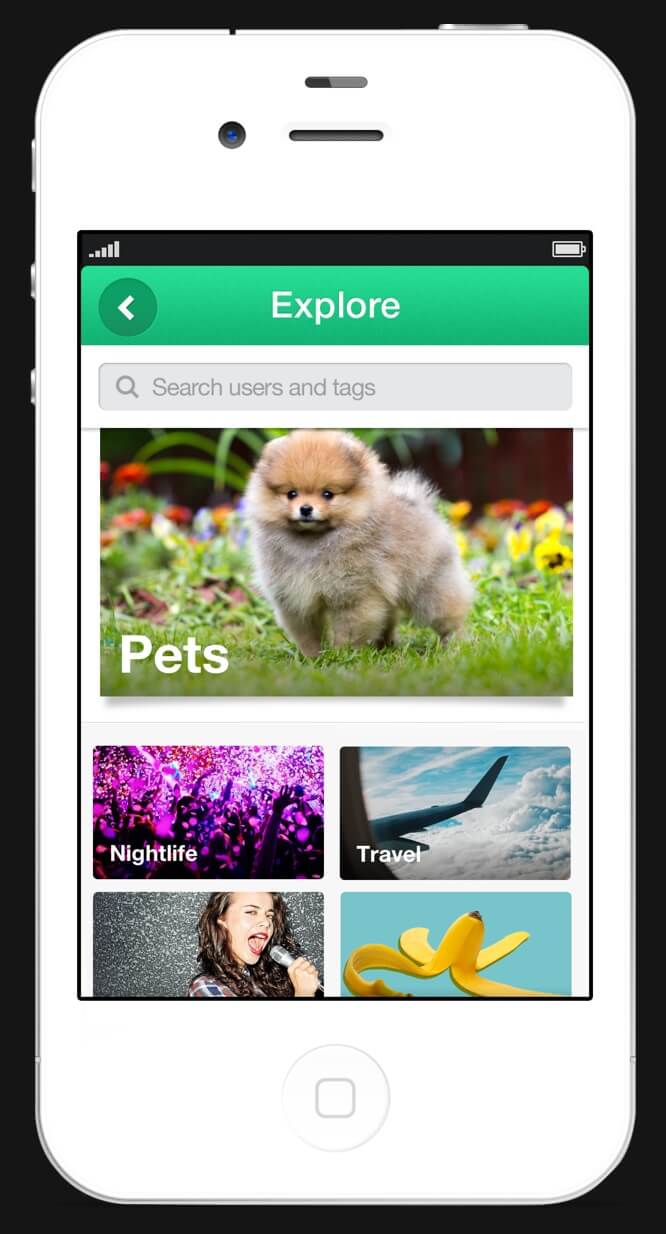 Once the core functionality had been developed, we designed an MVP and released it privately to our friends and family. 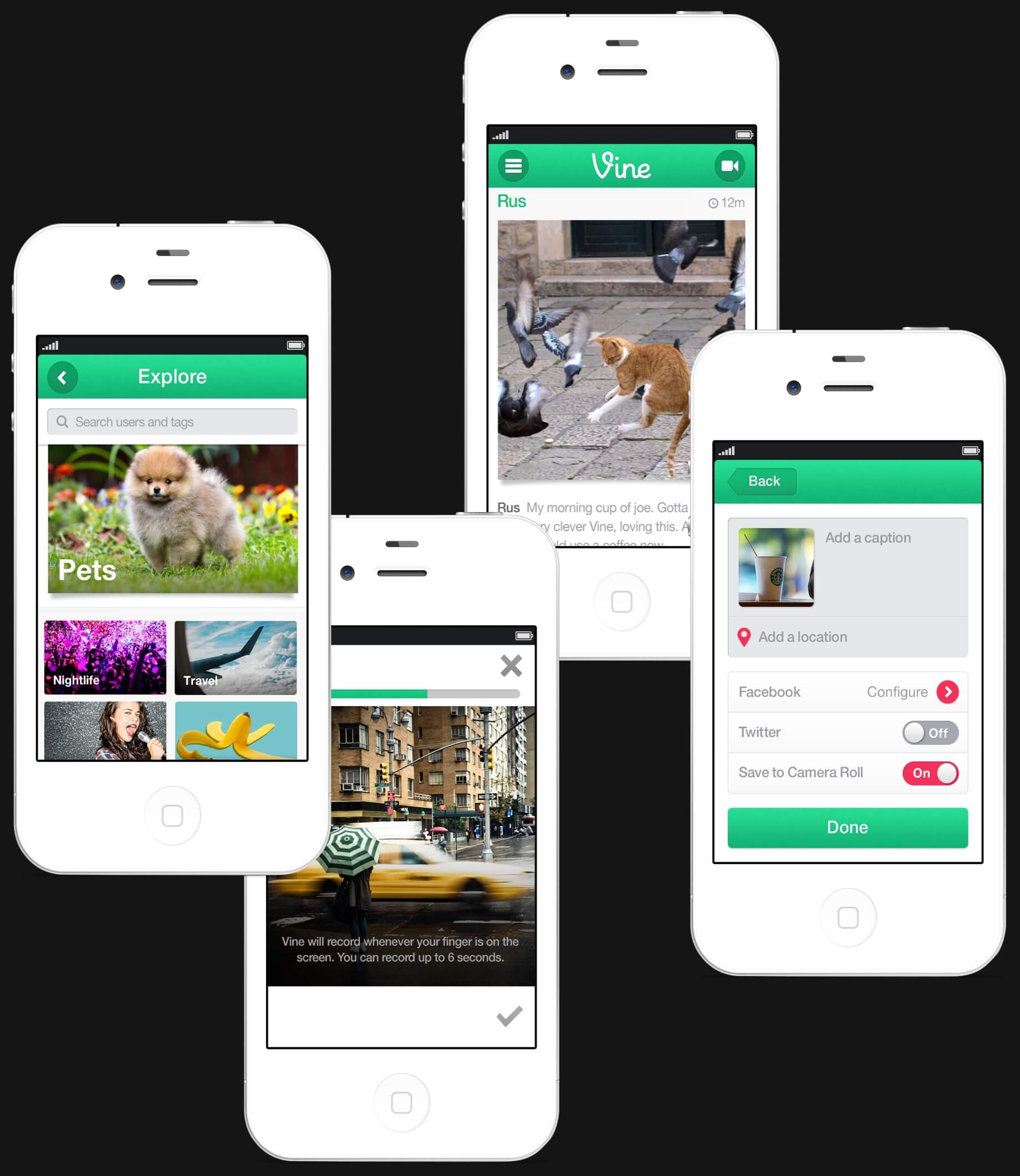 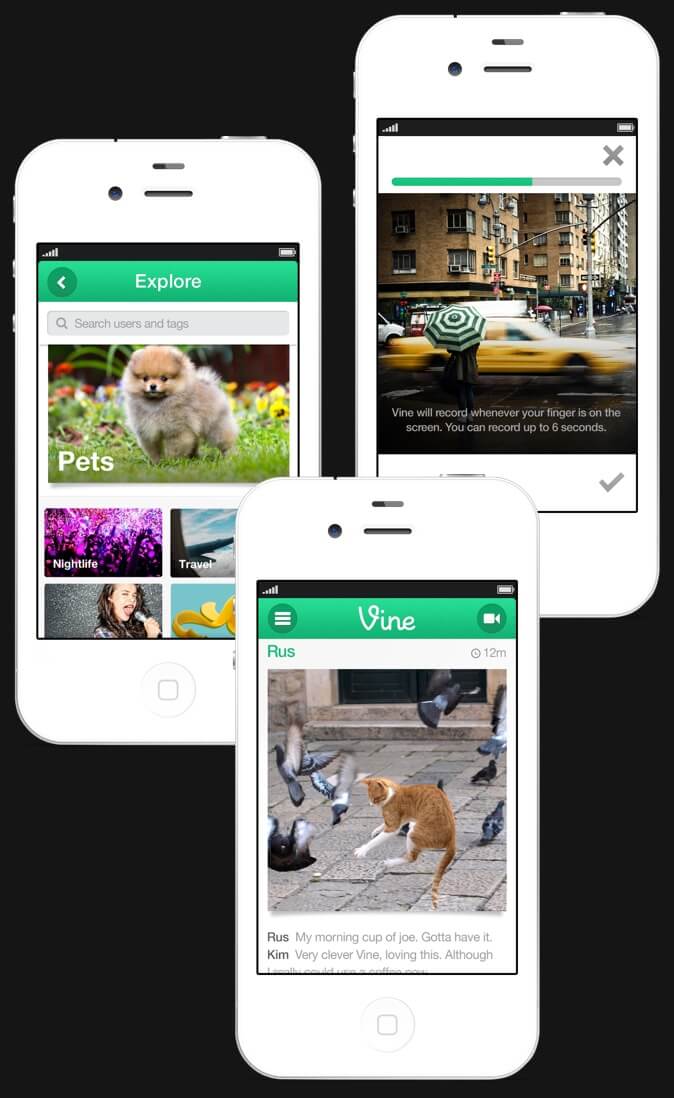 Just before we planned our launch, Twitter asked to acquire Vine and the small team that built it! This gave us the opportunity to apply our learnings from the Beta, and to create a proper brand for the app.

We kept the name Vine and the core structure of the word mark - with the loop in the V representing the looping video. We chose a green to help the app stand out and align with the name, naturally. We paired Helvetica with a bright color system and iconography style to keep the identity clean, minimal, creative, and playful. 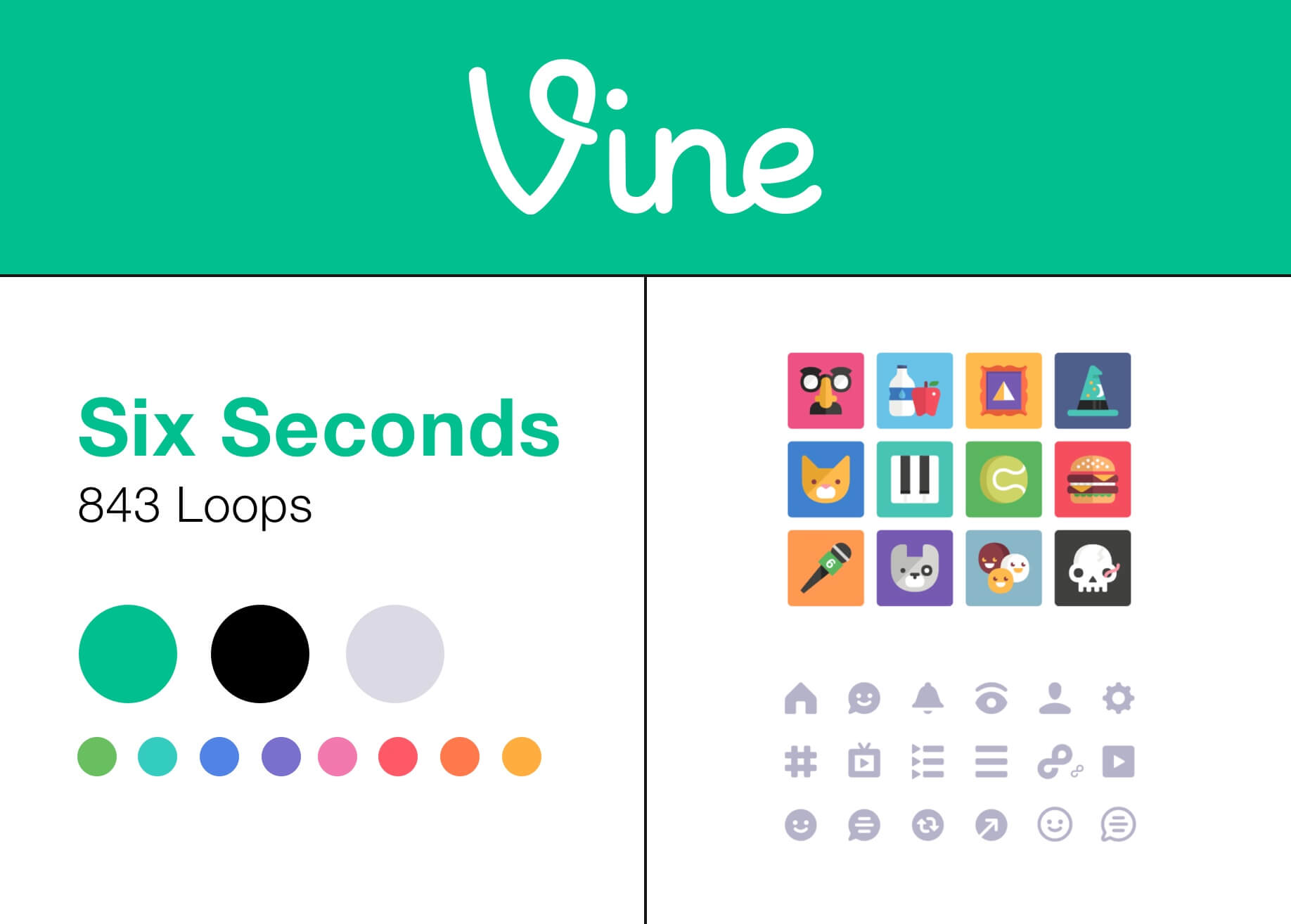 Just before we planned to launch, Twitter asked to acquire us! This gave us the opportunity to apply our learnings from the Beta, and to create a proper brand for the app.

This was the first version of Vine that launched to the public in 2013.

Everyone Loves Some Swag 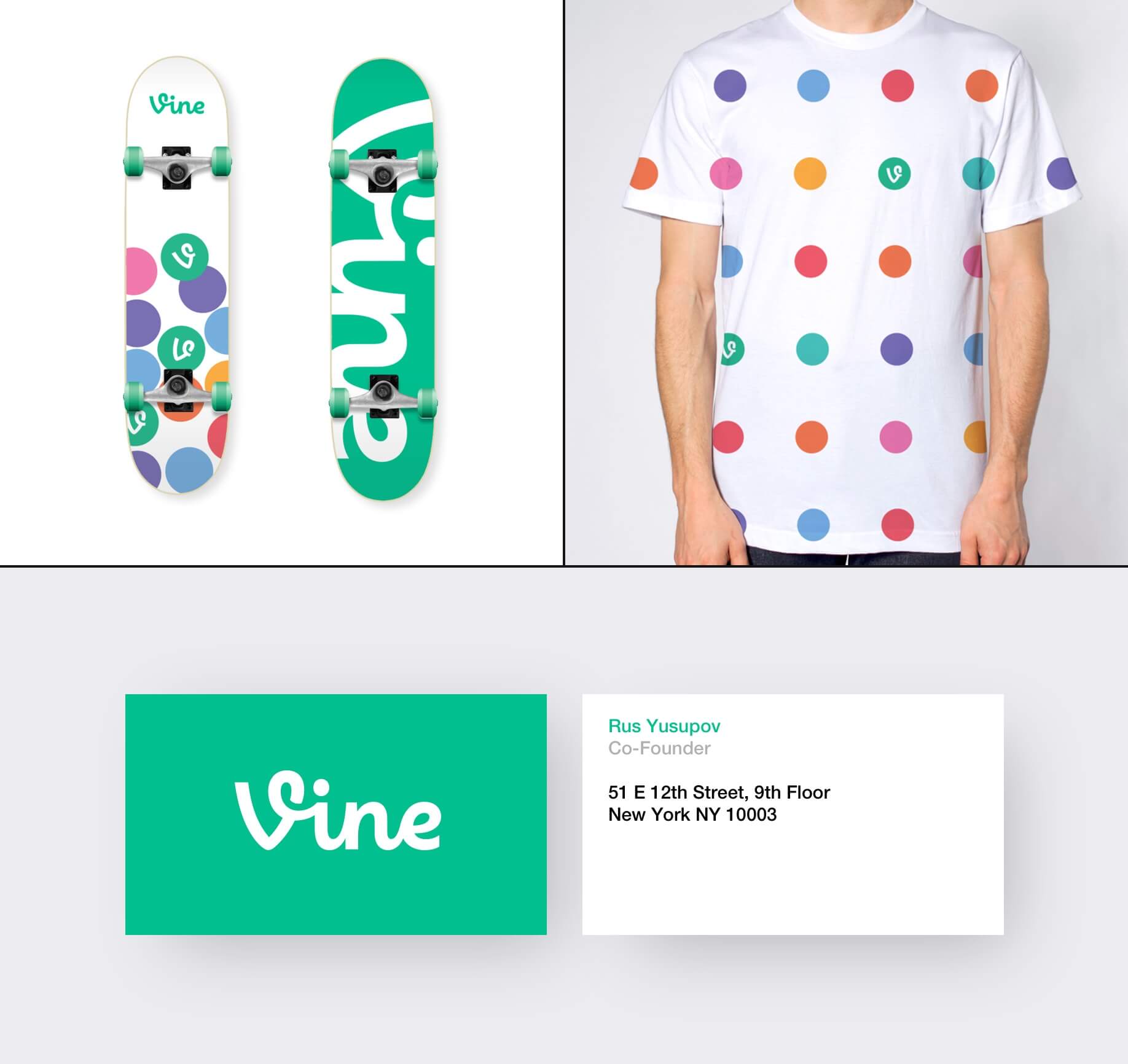 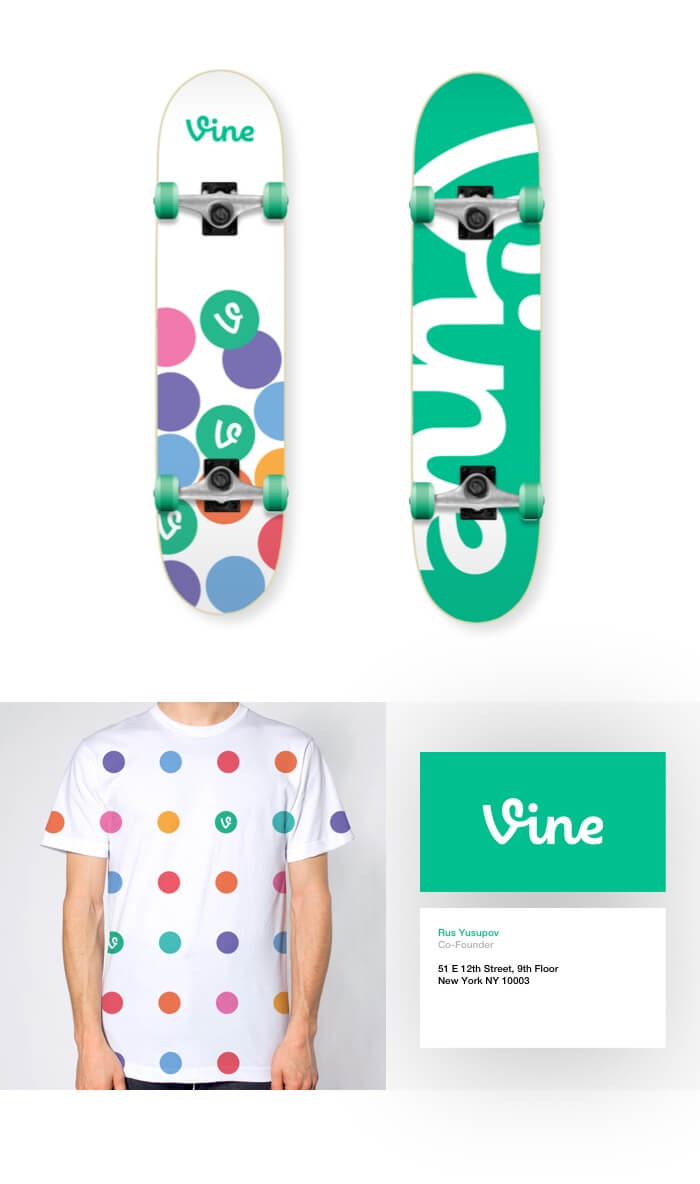 Vine was super fun, super successful, and we all miss it very much. It had major impacts on our culture: it was the first platform post-YouTube that people used to cultivate a following and fame. Existing celebrities used the platform to share a different, quirkier side of themselves, and a bunch of new Vine-stars emerged. And it was a huge platform for people to share comedy, giving previously underrepresented groups a democratized platform to share their personal brand of humor.