From minimalism to maximalism, here’s our guide to graphic design styles and how to use them. 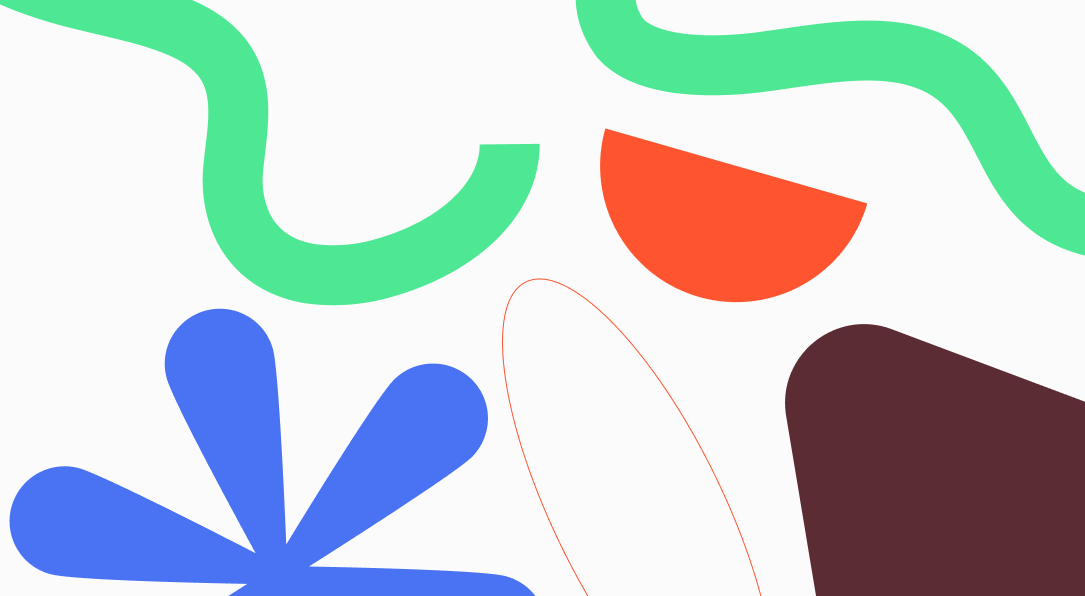 A great designer is a good researcher. They comb through different design eras and movements to hone their craft and add to their repertoire. It’s important for designers to familiarize themselves with as many design styles as possible, so they can have a mental collection to draw inspiration from.

While design eras have all experienced their own renaissance, their usage and influence often cut across time. Here are a few of our favorite design movements and how to use them on websites, mobile apps, and brand guidelines. 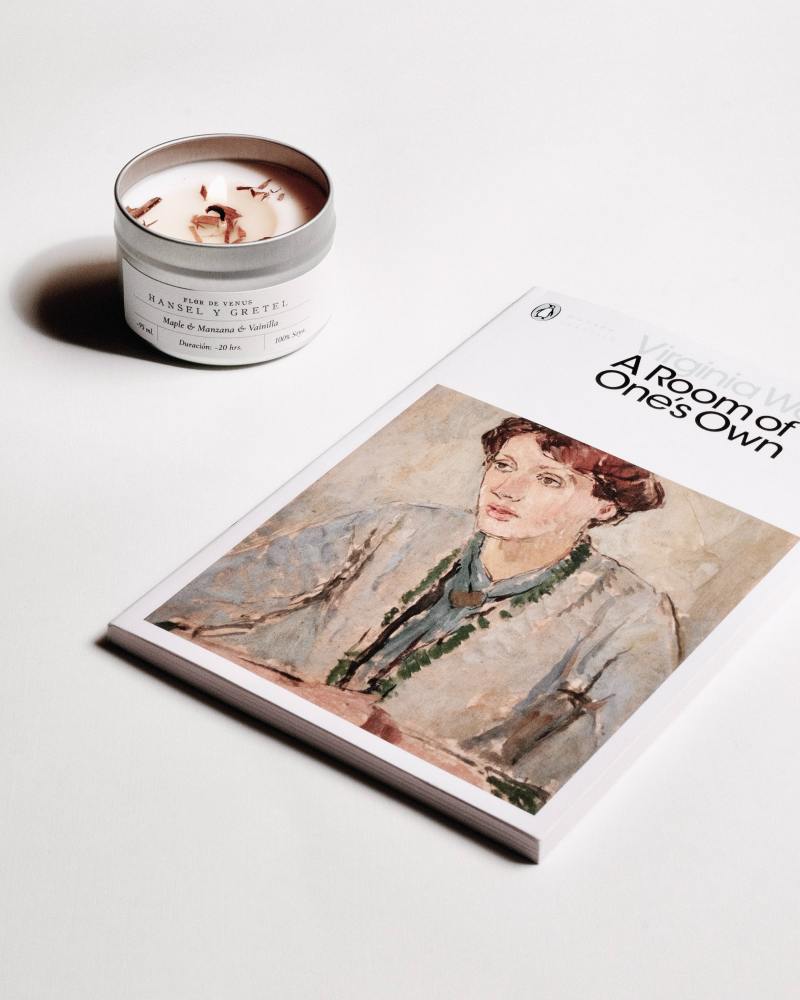 Minimalism is bare bones but deliberate, using only the essentials to convey meaning or communicate a message. It limits extra elements, uses simple typography, and takes advantage of white space, so the viewer can focus on a product or an idea. With minimalism, every element is evenly spaced and precisely placed on a grid, which establishes a logical visual hierarchy that keeps content easily digestible. 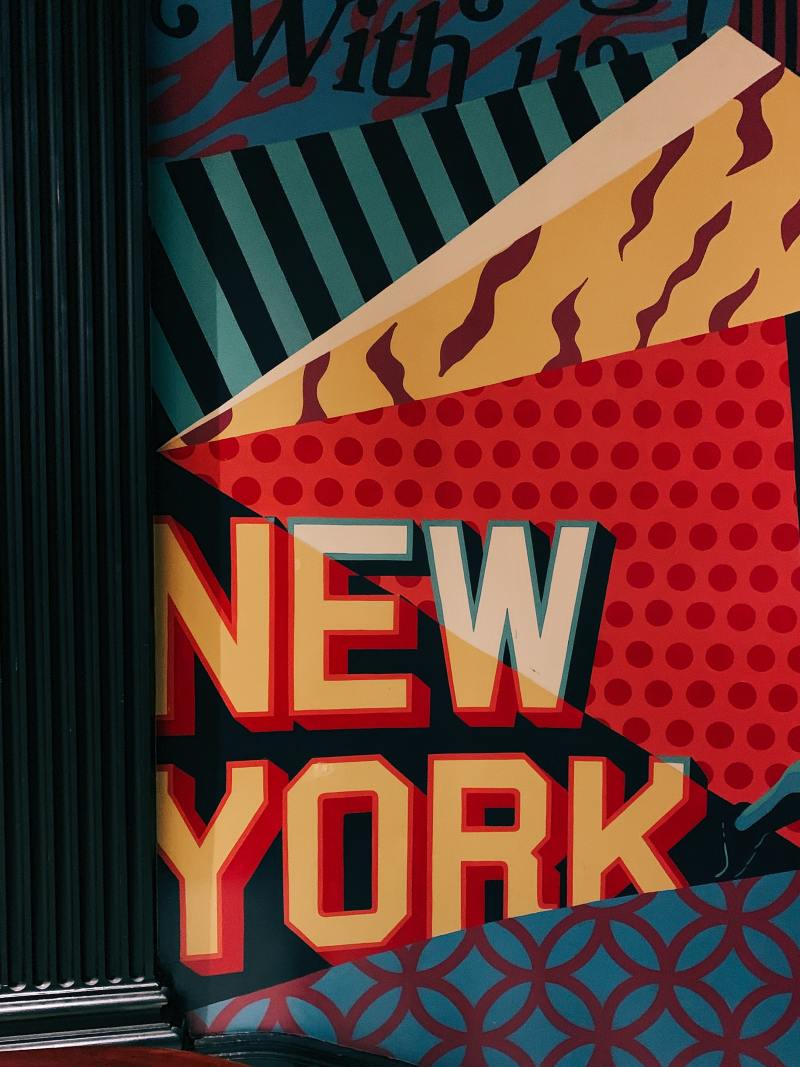 Maximalism is commonly described as a reaction to minimalism. While minimalism feels disciplined and subdued, maximalism is spontaneous and vibrant. The design style uses saturated colors, dense fonts, and clashing patterns in inconsistent layouts that are purposely unbalanced. It layers text, images, and other elements in repetitive sequences that consume most, if not all, white space. 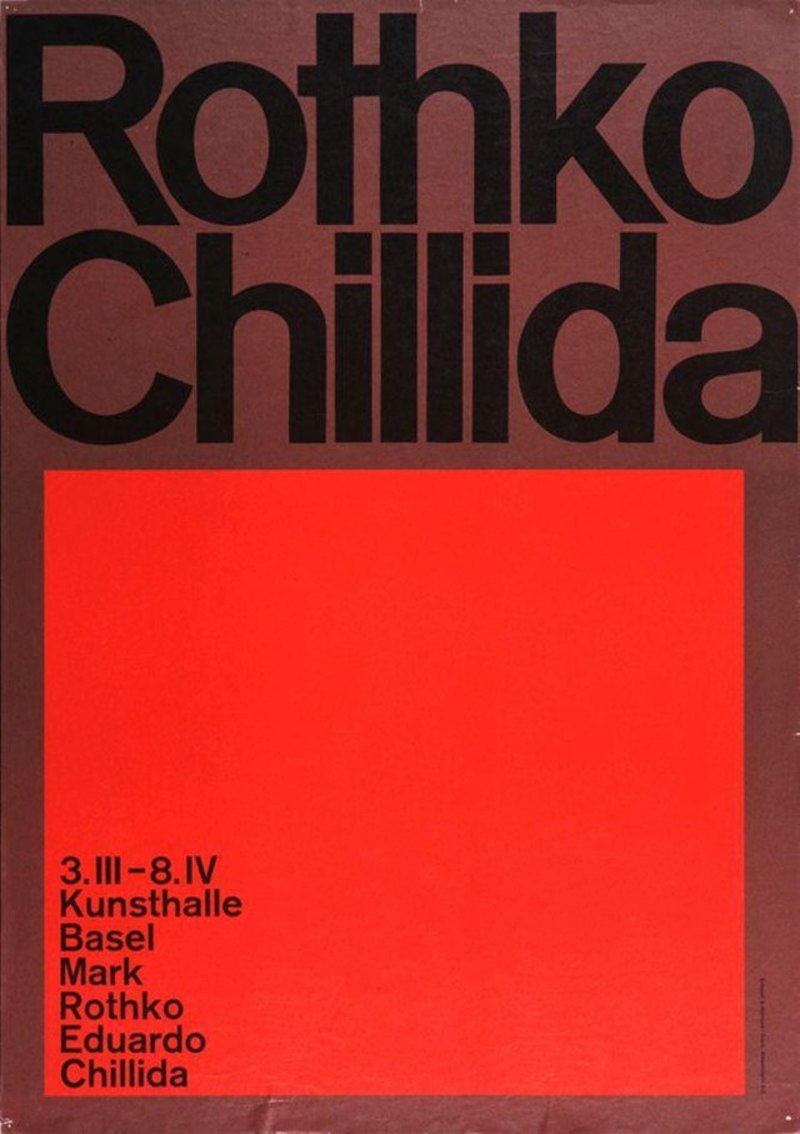 Swiss Style (also referred to as International Typographic Style) originated in Russia, Germany, and the Netherlands in the 1920s, and it was further refined by Swiss designers in the 1950s. The “typographic” descriptor reflects the style’s use of left-aligned sans-serif fonts that were typically paired with photographic images or geometric graphics. Swiss style was one of the first design movements to set elements asymmetrically within a grid, emphasizing simplicity, objectivity, and readability, and it was the basis for several design movements that emerged during the 20th century. It remains influential through the 21st century — and it’s a favorite at Big Human! 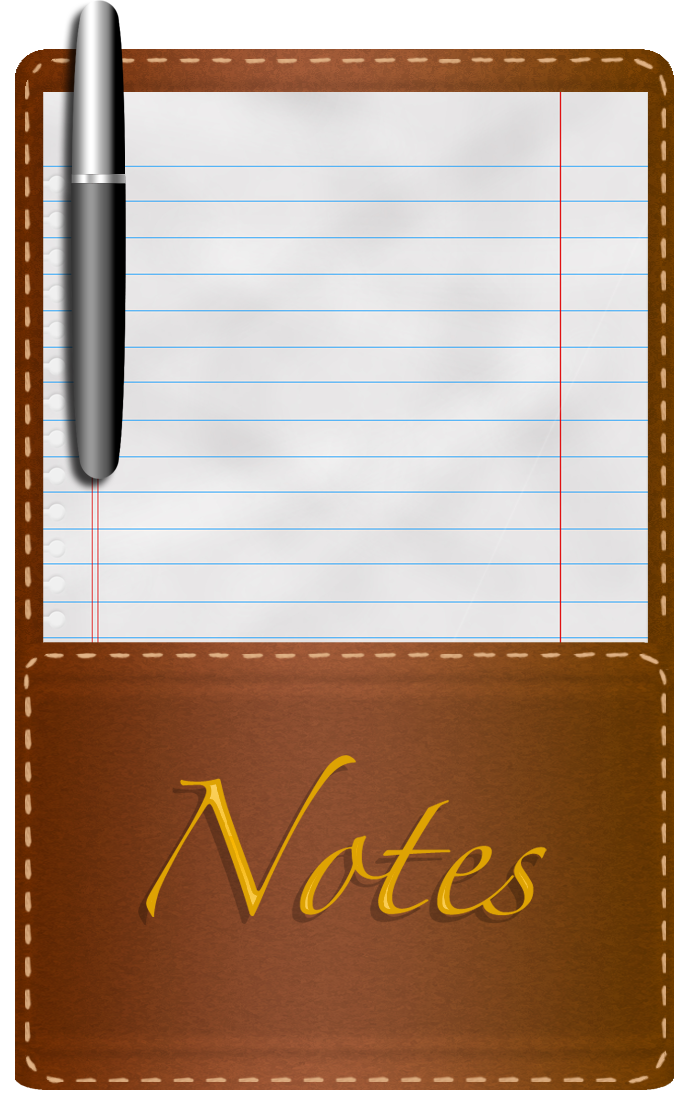 Skeuomorphic designs imitate their real-life counterparts in order to express their functionalities. A technique normally associated with UI/UX design, it makes objects on an interface feel more familiar and, in turn, easier to understand. For example, the notes app looks like a notepad. This design style can be traced back to the 1890s, where it was applied to material objects. Skeuomorphism then saw two major digital shifts: in the 1980s after the advent of computers and in the mid-2000s when Apple introduced the first iPhone. The style plays with light, shadows, and dimensions to make objects appear three-dimensional. 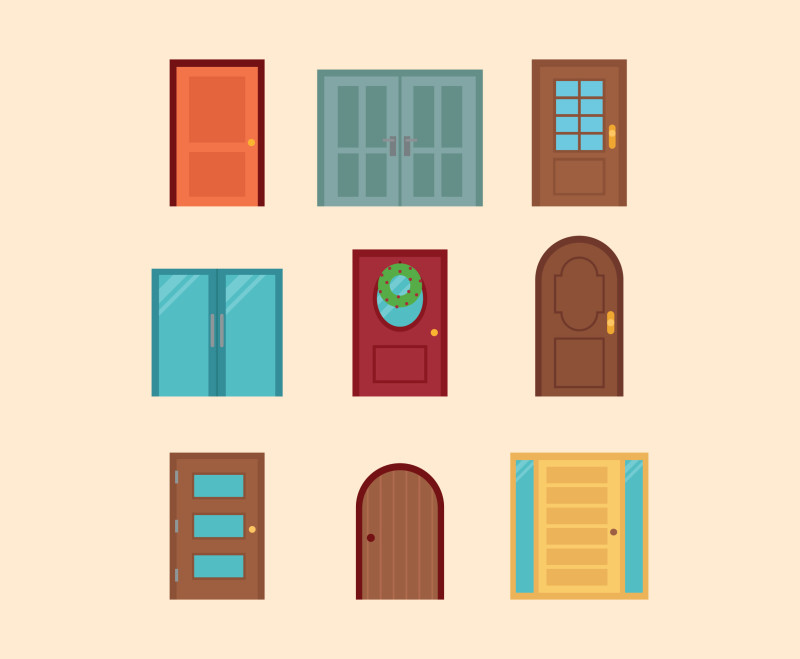 Naturally, as people grew more accustomed to using computers and mobile phones, the need for skeuomorphism drifted away. Instead of giving icons and buttons a 3D treatment, flat is 2D and abandons exaggerated gradients and drop shadows. The results create a leaner design that more easily adapts to different screen sizes. However, flat designs can also be used for logos, posters, guidebooks, and more. Frequently compared to minimalism, the flat style uses uncomplicated designs within a greater negative space. Its color palette tends to be more subdued and its imagery is anchored by illustrations, iconography, and pictograms. 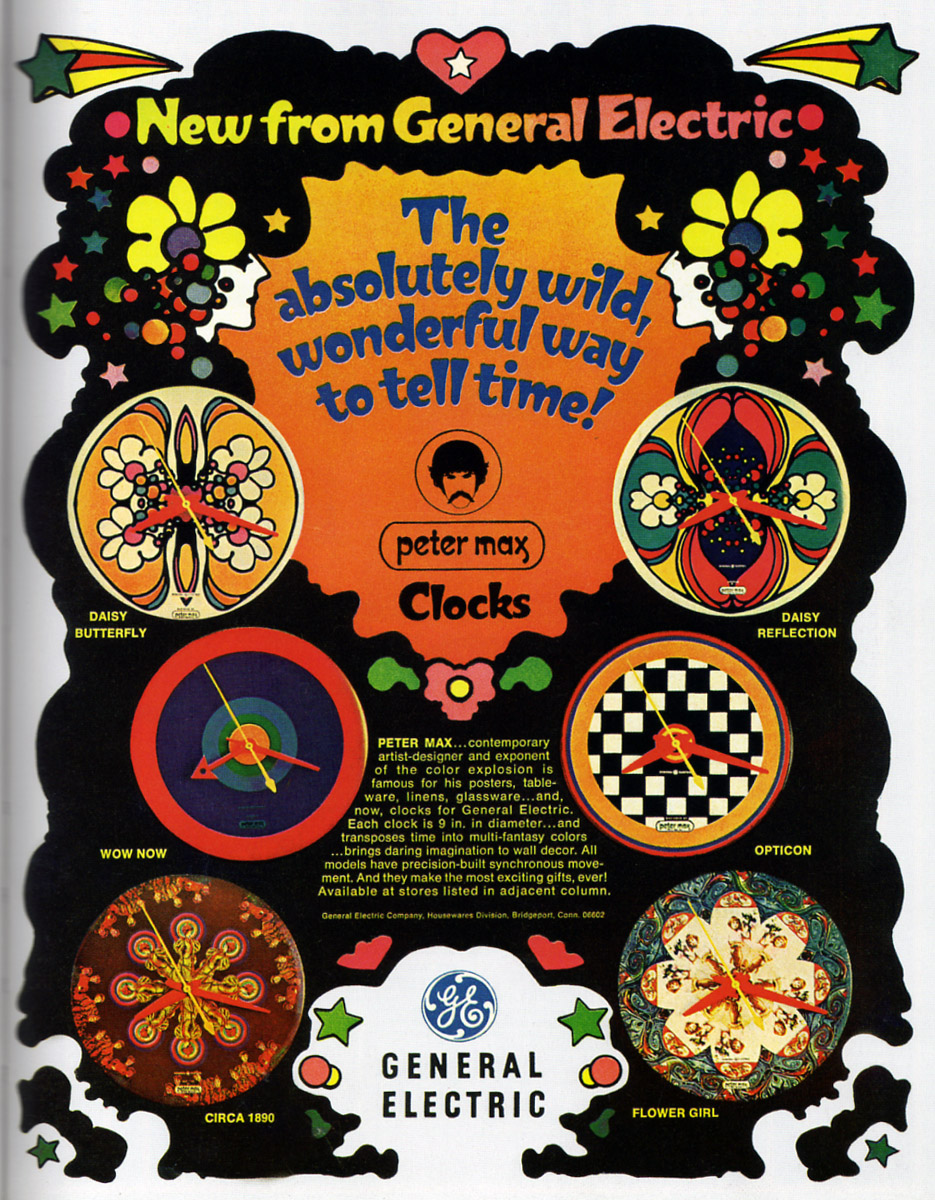 The retro design style is more flexible with its qualifications than some of the others on this list. It’s any time a designer is influenced by an old school design style or element. It gives nods to years’ past, often evoking feelings of nostalgia, familiarity, and charm. It uses the fonts, colors, and patterns from a specific time period. The foundation of retro designs is usually rooted in the 1960s and 1970s, but they can also branch out to the 1950s and 1980s. 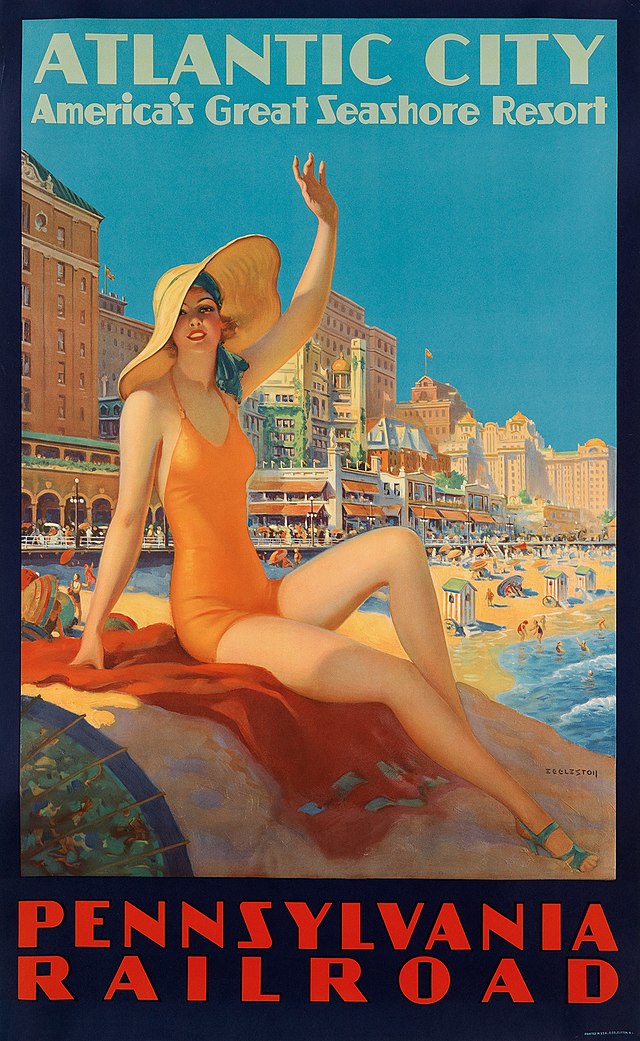 With origins dating back to the early 1900s, the Art Deco era transcended design fields. At its height, Art Deco’s influence could be seen in interior design, architecture, and of course, visual arts. Rich colors, geometric stylizations, and cubist structures — this style was meant to exude opulence and glamour. It was progressive yet sophisticated, which made it perfect for advertisements promoting luxury brands and lavish travel. Art Deco is also known for its symmetry and capitalized typefaces, which accentuate the perpendicular, vertical lines throughout the design. 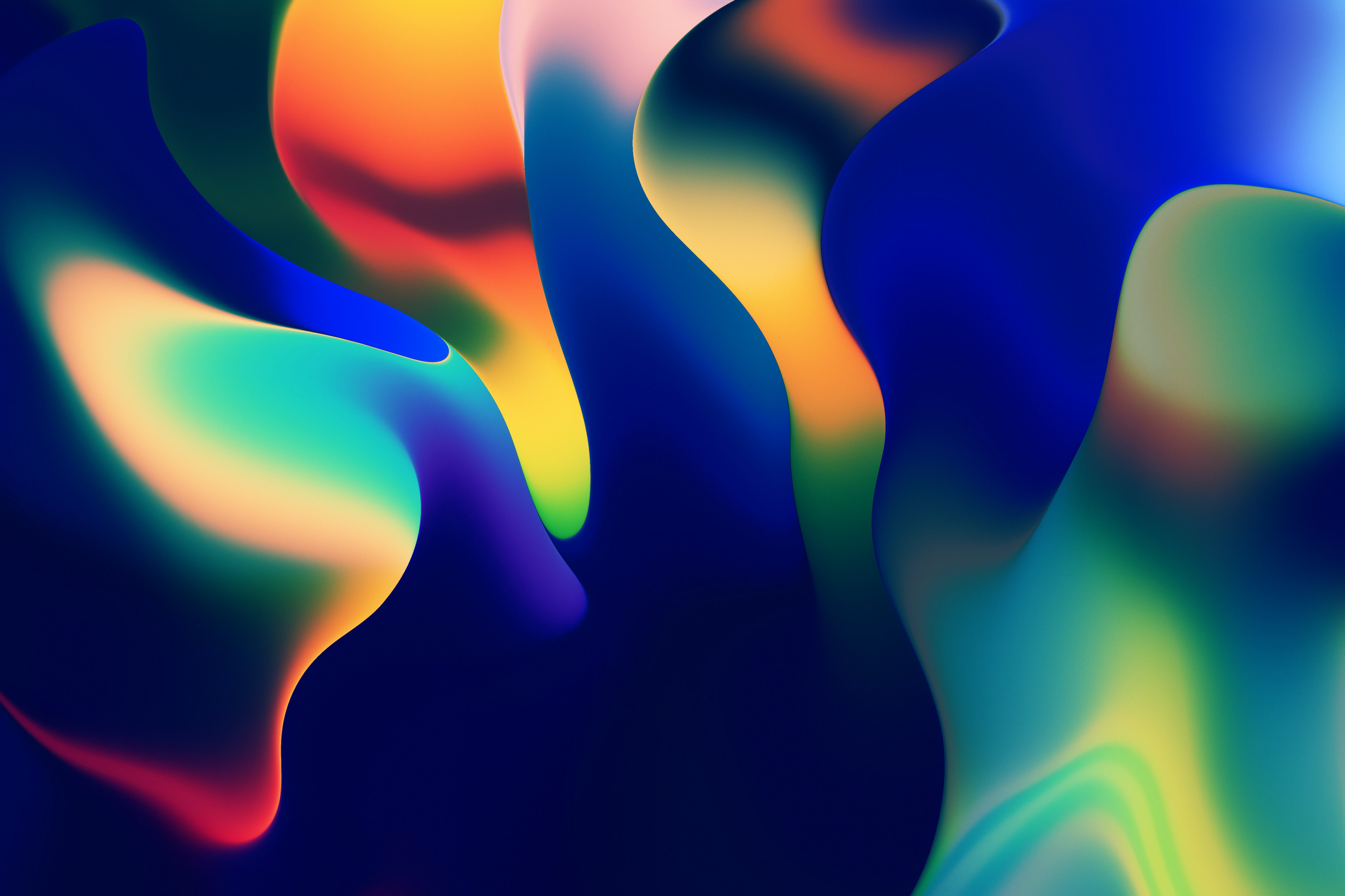 Abstract design is subjective and open to interpretation. It never tries to depict concepts or reality accurately; instead, it takes a surrealist approach. Though they can sometimes look disorganized or even chaotic, abstract designs are created with rules and intention. Employing the rule of thirds, it juxtaposes forms, shapes, and color to turn concrete ideas into unstructured concepts. 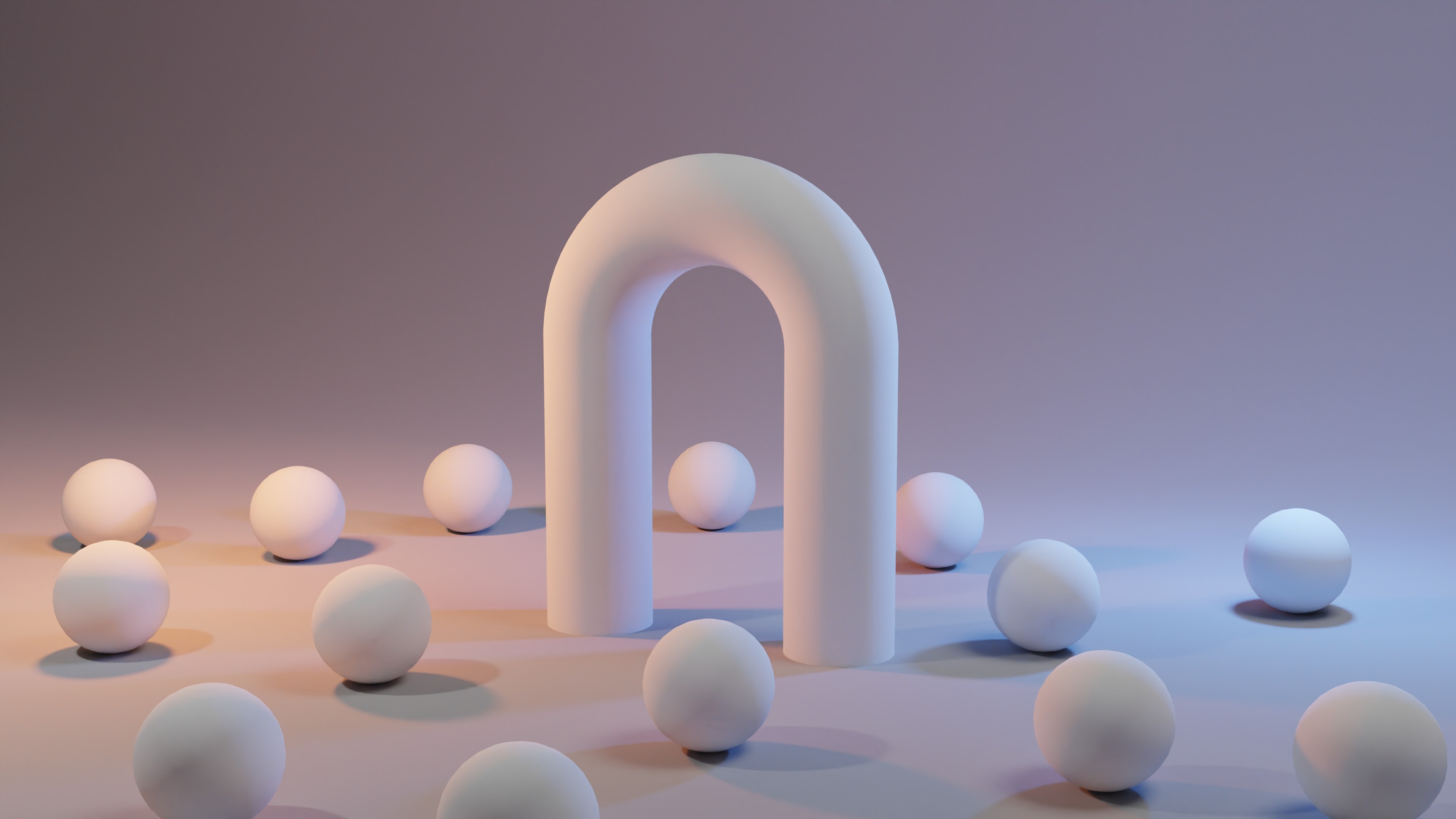 Three-dimensional (3D) design is the art of giving objects depth, length, and breadth through computer software. Not to be confused with skeuomorphism, 3D plays with weight, lighting, and shadows to give designs dimension and a lifelike feel. 3D isn’t a new concept, but advancing technology is upping its realism and quality. This design style works well with animation and it’s the most popular in digital spaces like websites, mobile apps, and video games. 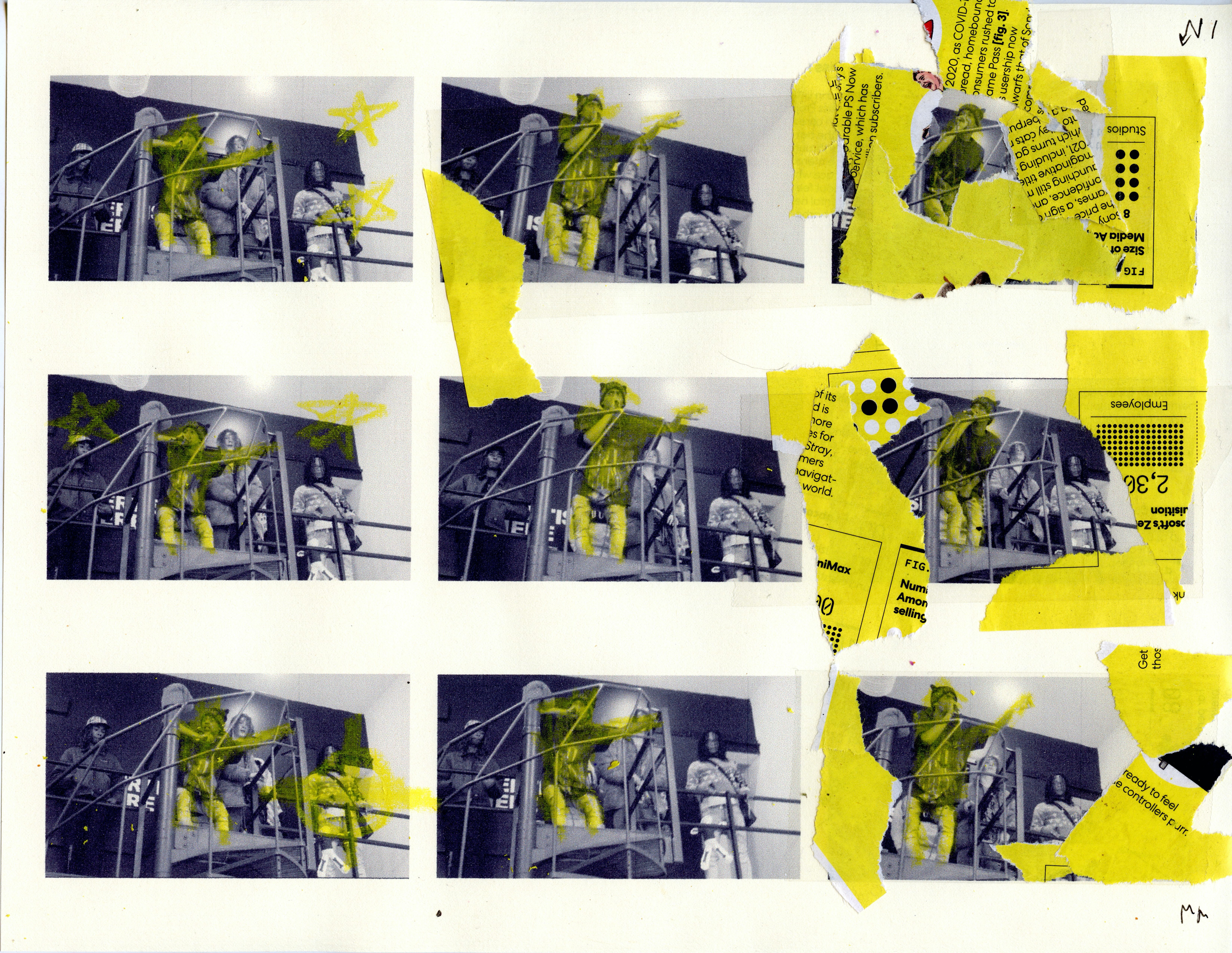 We have the 1990s to thank for grunge; it’s a gritty subculture that permeated design, fashion, and music. At the time, grunge was a countermovement that rejected convention and conformity, and the design style does the same. Distressed textures, asymmetrical shapes, dark colors — grunge design is moody and unruly, and sometimes it even elicits feelings of angst. Grunge elements typically have an unevenness about them, which gives designs a rough finish. 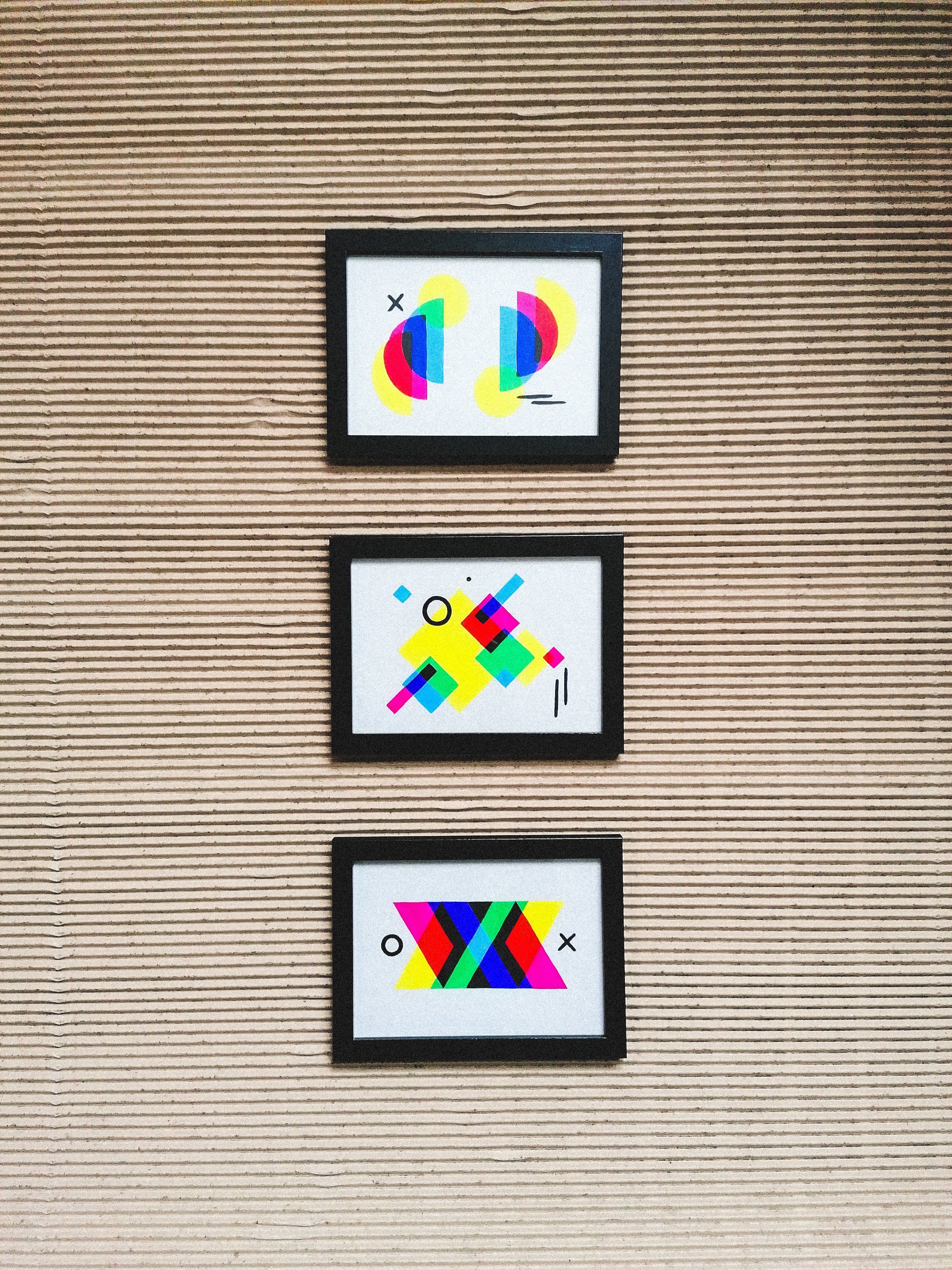 Geometric design is where art and math collide. Influenced by geometry, this design style plays with the relationship between fixed points, straight lines, and sharp angles. Geometric design is minimalistic and highly symmetrical, focused on finding the balance between different shapes and edges.

These are some of the most well-known design movements today. This isn’t an exhaustive list, but it’s enough to get you familiarized with the world of design.

If you’re a brand or company trying to find the right style for you, send us a message.